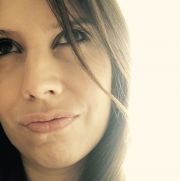 Can you be as beautiful as a beast? Would the outcome have been the same if "the Beast" had been her and he the handsome one? Maybe Disney saved us certain details about the attraction between the protagonists of the movie "Beauty and the Beast." They are likely to complement each other. This is my balanced version: with its lights and its shadows.

Fill in the following form to contact "Olivia Caballero González" (Artenet will receive a copy of the message).

If you are interested or want more information about this work, get in touch with "Olivia Caballero González" (Artenet will receive a copy of the message).

Make an offer to Olivia Caballero González for Beauty and Beast

Payment Methods:
Artist Policies: Shipping costs are not included in the price.
Questions about Artenet?

Verified icon indicates Artist "Olivia González Caballero" You have successfully completed the Artenet verification system to establish your identity with us. In addition, it provides the highest level of customer service along with fast shipping.