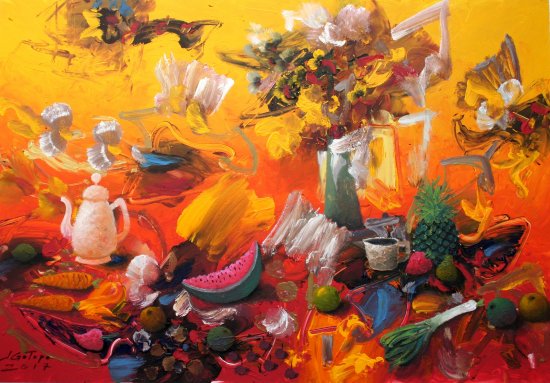 Acrylic on Canvas
Sizes: 141 98 width x cm high.
Year: 2017
GOTOPO, is one of the most awarded artists in our country and abroad, with an extensive curriculum that credits him as one of the best in the Venezuelan plastic arts. GOTOPO has made innumerable exhibitions inside and outside the national territory, works whose sole objective is the creation of a world of images, thus building an inseparable part of their spirit and personality, which in turn reflects the tropical and colorful atmosphere of our beautiful country , Venezuela

José Gotopo The 4 of 1964 was born in Coro, Falcón State. Studied Painting at the School of Fine Arts Tito Salas in 1979. Between 1980 and 1984 he participated in the Free Workshop of Art Tejas in Coro, and in 1986 he studied Painting, Drawing and Engraving at the Academy of Fine Arts Neptalí Rincón de Maracaibo.

In 1994 he obtained a degree in Plastic Arts from the Universidad Cecilio Acosta in Maracaibo, and in 1995-2000-2001 he studied at The Art Student League of New York, with professors Catherin Redmon and Willian Shart. In the 2004 he obtained a Bachelor of Education degree from the Universidad Cecilio Acosta in Maracaibo. Currently teaches painting at the Experimental School of Art of the University of Zulia.

PAINTER of extensive experience in the artistic work of our country and one of the most awarded, has exhibited in the great halls of the most important national and international museums and awarded by numerous international institutions, defined as the poet of color and form, of figuration and of that context loaded with elements that dilute it from the suggestion, of the objects and forms that appear and disappear, rather than as precise features or as luminous elements, as networks of suggestions. Thus, the trace of the drawing generates the background of the form and the play of color enhances or hides the atmospheres of the plastic object as a whole. From this universe emerge as human faces tones, innocent and diabolical girls, women birds, female pigeons, large and small species inhabitants of the sea, still lifes and gallant scenes. Earthly women who fly, birds that walk, roosters that are suspended in the air.

GOTOPO creates painted clowns and harlequins, girls with impressive faces, girls and girls, dolls elves and damsels, women with dark circles, tropical flowers and fruits, sensual and carnal fruits, hair of women like birds that take off and amaze the observer with his resounding movements. But GOTOPO also paints astonishment and spells, equestrian hallucinations, the manifestations of the night, its mysteries and personified presences where above all the color becomes the support of the drawn forms. Sing and paint life and the miracle of living and enjoying.

Fill in the following form to contact "Jose Gotopo" (Artenet will receive a copy of the message). 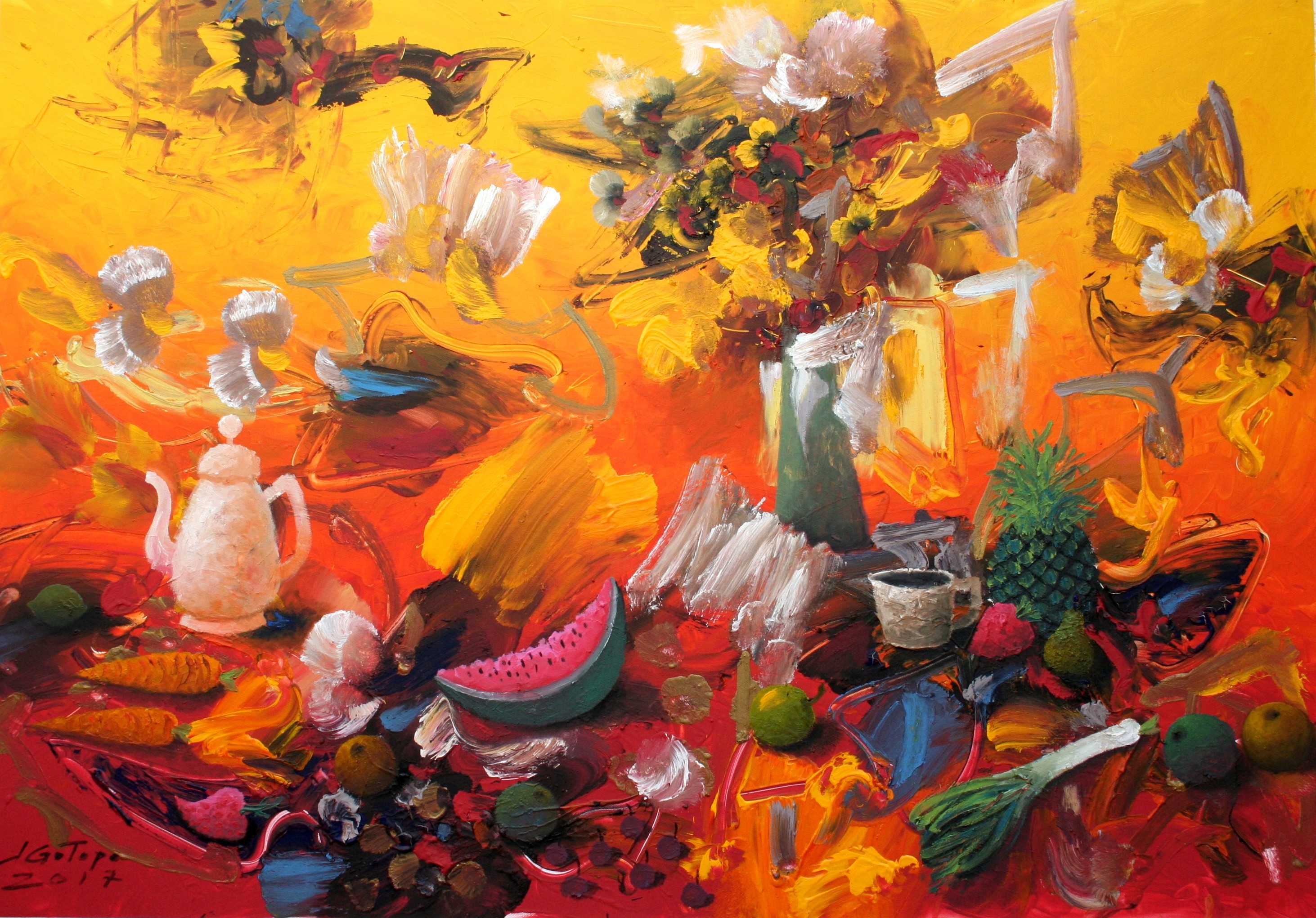 If you are interested or want more information about this work, get in touch with "Jose Gotopo" (Artenet will receive a copy of the message).

Verified icon indicates Artist "Jose Gotopo" You have successfully completed the Artenet verification system to establish your identity with us. In addition, it provides the highest level of customer service along with fast shipping.