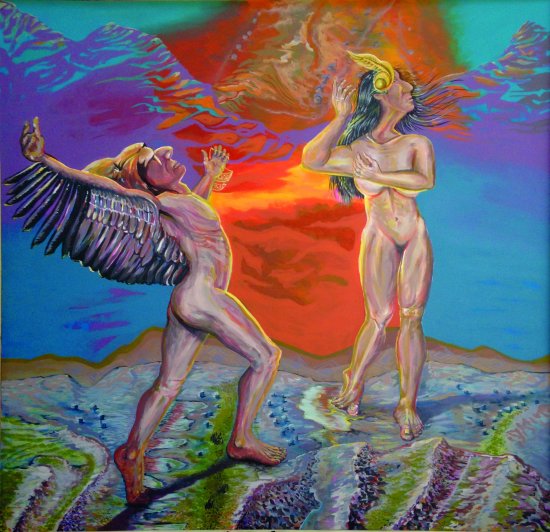 Move your mouse over the image or click to enlarge
2018 Lloy Alexander Moreno Culque, All rights reserved. 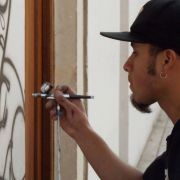 "THE INKA PRETENDS THE MOON"

Other on Canvas
Sizes: 143 cm wide x 148 cm high.
Year: 2018
Known as Inka he was the sovereign or leader of the Inca empire
it was said that he was the son of the sun, a mythical and great being for having built a harmonious, organized and mystical cultural wealth, his power was expanding throughout pre-Columbian America, undoubtedly an innate leader, conquering so many territories and in each of they left a descendant as a representative. He could afford to own the most beautiful women, but among them the splendor of the moon stands out, and that is that she emanated a unique power almost similar to the sun, as we know, its changes, its flashes influenced in the production of elements basic for the survival of a whole society, payments and parties were made in his name.
The Moon satisfied with such gifts, and very curious to meet her humble followers, proposed to incarnate in a female body and descend to earth, from the heights of heaven, manifested a great splendor in which little by little it could be appreciated the body of a beautiful female, as beautiful as the women who till the earth and make life, as exact and as desirable as any woman of that empire. Without going unnoticed, the Inka prostrated her look and her respect to such a sculptural beauty, eager to know her, she ordered to create a fine gold necklace, with splendid characteristics worthy of the height of such a goddess. The Inka forgot that such a goddess had a god who was her complement, the sun.
Quick the Inka dressed with the imposing rudeness and grandiosity of the jaguar, took great flight with the wings of the great condor, and soon before her and without losing more time I adore her, she so simple accepted the invitation to walk over the Andes , border the coasts and meet its inhabitants, very enthusiastic the Inka, decides to pretend to the Moon by offering the gift that I command to forge for her, exposing her attraction and her love, but I do not expect the following.
The moon flatly refused, he explained that it was his mother and his father's sun and he came to meet his children who was so proud of the respect they had for him. The end of that day was almost worthy of a family reunion, the Inka understood that such beauty could only be of his mother and eagerly adore her as such, the so great and grateful Moon levitated among the clouds losing itself in the mantle of the night, and that night shine like never before, and everything organic on earth was dressed in very flourishing life, very vital.

Fill in the following form to contact "Lloy Alexander Moreno Culque" (Artenet will receive a copy of the message). 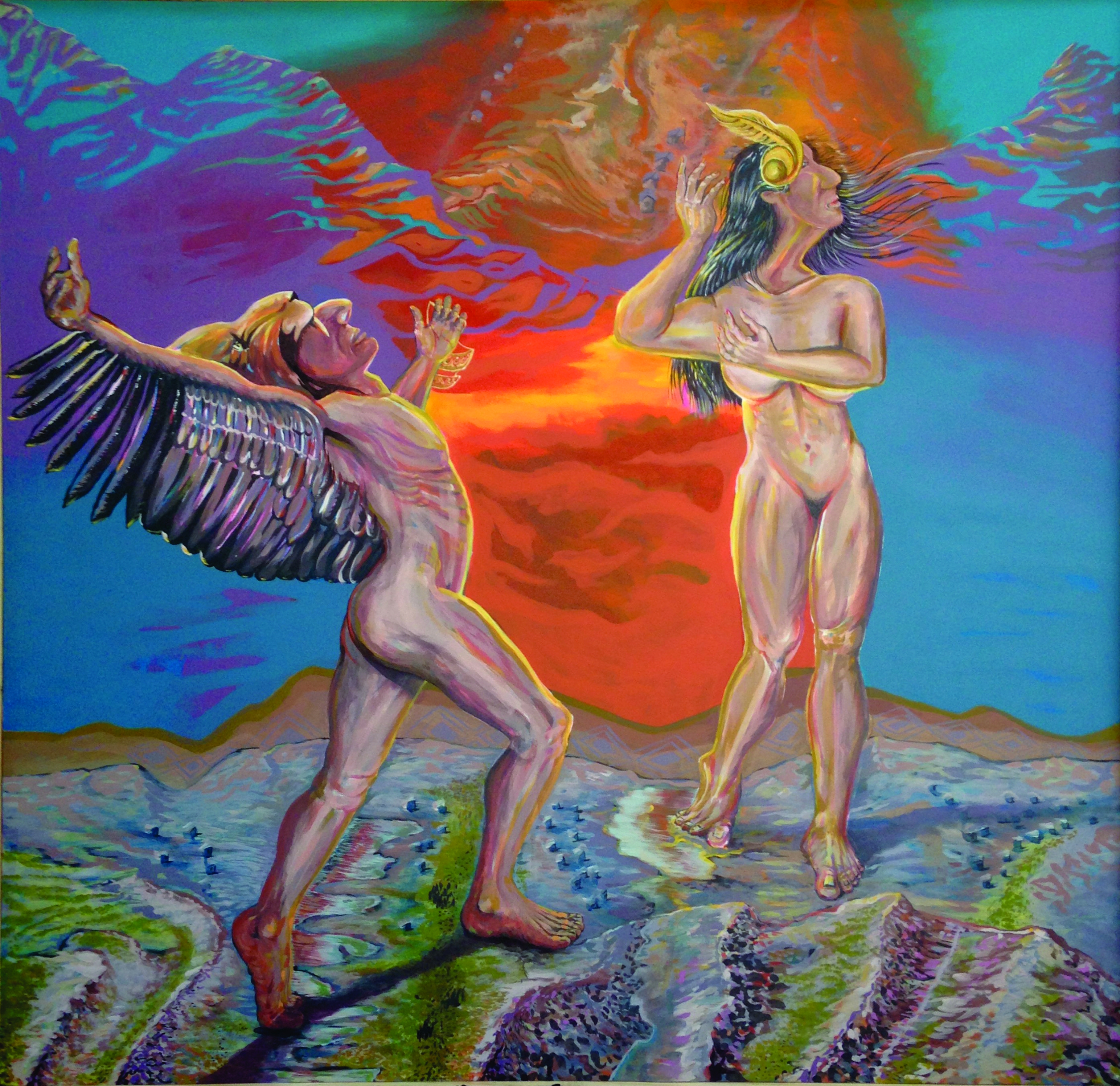 If you are interested or want more information about this work, get in touch with "Lloy Alexander Moreno Culque" (Artenet will receive a copy of the message).

Verified icon indicates Artist "Lloy Alexander Moreno Culque" You have successfully completed the Artenet verification system to establish your identity with us. In addition, it provides the highest level of customer service along with fast shipping.